Prior to leading the APT Foundation, Ms. Madden was a startup administrator involved in planning and program implementation for the non-profit Acadia Hospital in Bangor, Maine, a 100-bed psychiatric and substance abuse treatment hospital and its sister provider corporation with gross revenues of approximately $55M/year. She was responsible for planning and implementation and ongoing operation of psychiatric service group including five inpatient services units, ambulatory services, partial hospital services and outpatient treatment programs as well as a substance abuse services continuum including emergency shelter, transitional housing, inpatient detoxification, methadone treatment, and intensive outpatient services.

Ms. Madden is a well-known consultant and NIATX Coach working throughout the United States since 2004, specializing improving treatment access and program outcomes through the use of rapid cycle process improvement. Notable projects include the NIDA funded NIATX 200 project of the University of Wisconsin-Madison, a randomized trial across five states and 201 providers designed to test various NIATx consulting interventions aimed at improving treatment access and treatment retention. She is currently involved in coaching a NIATx national collaborative, funded by CSAT, of 21 opioid treatment programs and is focused on improving treatment access and retention and was involved in round one of the same program that provided coaching 37 OTP providers. On behalf of the Addiction Technology Transfer Center, she is also currently coaching a group of behavioral healthcare leaders from five states in a project designed to create options for integrating substance use treatment with primary care services.

Under her executive leadership since 2006, the APT Foundation has grown from serving 1,300 persons each year to serving over 6,792 unique individuals in FY 2013, with 3612 of them utilizing Medication Assisted Treatment, primarily as a result of creating systems to improve access to treatment and retention in treatment. 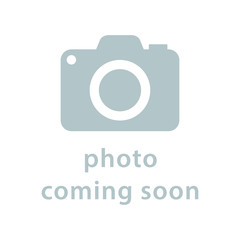 Gretchen Hermes completed her MD/PhD on pre-clinical stress-diathesis models of social neglect at the University of Chicago with Martha K. McClintock PhD, a pioneer in the field of social neuroscience. These developmental models of psychopathology (schizophrenia, depression) laid the foundation for her current research on co-morbid mental illness and addiction. Dr. Hermes entered the Yale Residency in the Neuroscience Research Training Program where she continued work with Ronald Duman PhD on preclinical models of social neglect and currently is engaged as a co-investigator at the Yale Stress Center working with Rajita Sinha, PhD, on research protocols related to effects of adrenergic receptor agonists on drug craving and withdrawal as well as large cohort studies on the long-ranging effects of early life trauma vs. acute stress. Dr. Hermes has ongoing collaborative research with the Section of Comparative Medicine and the Yale Depression Research Program on the role of mitochondrial proteins in facilitating synaptic neurotransmission, representing a potential paradigm shift toward a role for energy and biogenesis in mental illness.
While at the University of Chicago, Dr. Hermes completed post-doctoral work in infectious disease. This preclinical work on the memory and mood effects of ‘quiescent’ forms Toxoplasma gondii with Rima McLeod, MD, a world leading authority on Toxoplasmosis, paved the way for nearly a decade of service as the Behavioral Health Director and psychiatry attending at AIDS Project New Haven (APNH). While at APNH. through symposia, clinical rounds, and data collection, Dr. Hermes supported clinical efforts to address neurocognitive decline in members of the New Haven community living with HIV/AIDS.

Dr. Hermes established and co-teaches the Neurobiology of Addiction course for Psychiatry and Medicine Addiction fellows at Yale. She is the site director of the Addiction Psychiatry fellowship at the APT Foundation.

Prior to medical and research training, Dr. Hermes worked as a writer and multimedia producer at the Smithsonian Institution collaborating with Apple Computer, Lucas Film and Discovery Channel on the award winning interactive educational program on the discovery of DNA, Life Story, which Wired magazine identified as seminal in the development of multimedia. Dr. Hermes was a graduate student at Harvard Divinity School completing field work in northern Ethiopia on early syncretistic expressions of Christianity and Judaism in the Ethiopian Orthodox Church at Lalibela. In addition, Dr. Hermes has completed psychoanalytic training at the Western New England Institute for Psychoanalysis and maintains active interest in core psychoanalytic principles as they relate to addiction including trauma, attachment, and mourning; struggles with anxiety and embittered hope; the harshness of lost containers and lost thinking. She reflects often on ethical approaches to addiction treatment and on Dorothy Day’s theology of hospitality and human dignity Rev. Parachini completed his undergraduate studies in sociology and criminology at the University of Pennsylvania. He completed his theological studies at Huron University College of the University of Western Ontario in London and did additional graduate work at Andover-Newton Theological School and at the Harvard Graduate School of Education. Following his ordination to the Priesthood in 1969, he became a member of the staff at Grace Episcopal Church in Newton, Massachusetts. In addition to his parish responsibilities, he was also employed in a variety of positions in health and human services serving on the staff of the Division of Drug Rehabilitation of the Massachusetts Department of Mental Health, Regional Director for the Massachusetts Office for Children and Director of the Inter-Agency Planning Project for the Secretaries of Human Services and Education.

Rev. Parachini was the Assistant Dean of the Berkeley Divinity School at Yale and held a variety of secular positions in health and human services administration in both Massachusetts and Minnesota. He has also had extensive administrative experience in the non-profit sector serving health, human services and education agencies in a variety of capacities.  Rev. Parachini serves as a Board Member of the United Way of Connecticut.

For the last ten years, he has been the Rector of Grace Episcopal Church in Windsor, Connecticut, a position from which he retired on May 1, 2011. Rev. Parachini and his wife live in Northford (a part of the town of North Branford).